Elias Krzywacki, 2010
It seems to me that many buyu have developed a good understanding for Hatsumi sensei’s budo and way of expressing it. There is several blogs out on the net that take up topics of Sensei’s teachings and give explanations of classes or things Sensei said during these. Budo taijutsu is certainly a fantastic art that allows people to express themselves from their personal beliefs and views. I like to call our art a “free art”. But with freedom comes responsibility.

Now, I really don’t want to turn this in to something negative or complaining, and it is not my purpose to criticize blogs or peoples understanding of this budo. That would only make me a hypocrite.
In this first part I just want to give a view of mine on the amount of energy we put down on how we understand our budo. Let’s see it from the perspective of the teachings about Tiger and Dragon. I want us to see it with the understanding that the dragon symbolizes the imaginary, non real, theoretical, non physical training of ours, and the tiger symbolizes the real, practical, physical training.  And as with everything that touches the teachings of in/yo, there should be balance between them.

Or you can think of it as any craftsmanship. A true craftsman will build his ideas and impression of what he’s doing sitting side by side with the dragon. From there he will emerge to sit by the tiger’s side and work out his craftsmanship in practice. We also should see it this way. Hatsumi sensei gives us the clues from the dragon, the ideas and principles for us to work with. Then it is our responsibility to travel along the tiger’s side and work these principles out in practice. It is in my opinion, not enough to be the dragon (understanding), you really need to be able to express yourself through your tiger (taijutsu). 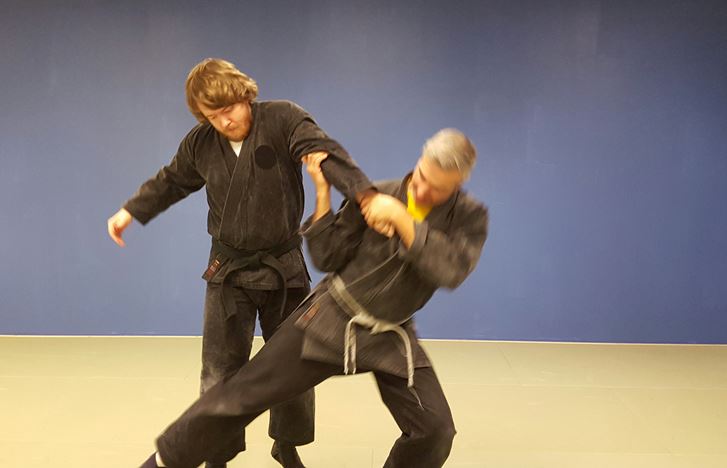 I have been around long enough to see the changes in Bujinkan. In the 80’s and early 90’s people were more in to what was the correct way of doing katas and techniques. We were not mature enough to see that it was ourselves that had to choose our way of expressing it. We learned from our teachers and often transmitted it directly the way we learned it. Around the time of honbu being built, things started changing. Naturally Sensei evolved and started teaching more principles and ideas, less kata and techniques.

People that started during this time missed most of the kata-technique training. In other words, they missed out the basics. Sensei often said that if you missed one year’s theme, you could never go back and get it. But he also said that you should find a good teacher to help you out with the basics. This was during the years of taikai. At that time the themes were maybe a little more comprehensible and practical, f.ex. different weapons or schools. As sensei evolved with his art the themes became a little more unclear. People that started their training early also evolved naturally with this and for some this was ok to do as they had good basics. But unfortunately this was not true for everyone. This could be seen very well during the year when Togakure ryu was the theme. Noguchi sensei put up classes to go through tenchijin ryaku no maki (the basics of Bujinkan). And he was not the only one to note out that people really didn’t know their basics. Many struggled with ukeme and kamae. Further more when we came to the part of sabakigata, in a class of about 40 people there were 2 of us that actually knew the movements. Maybe the worst was that there were people that didn’t know Kihon happo. How is that possible when most people in the class was shodan and above?? 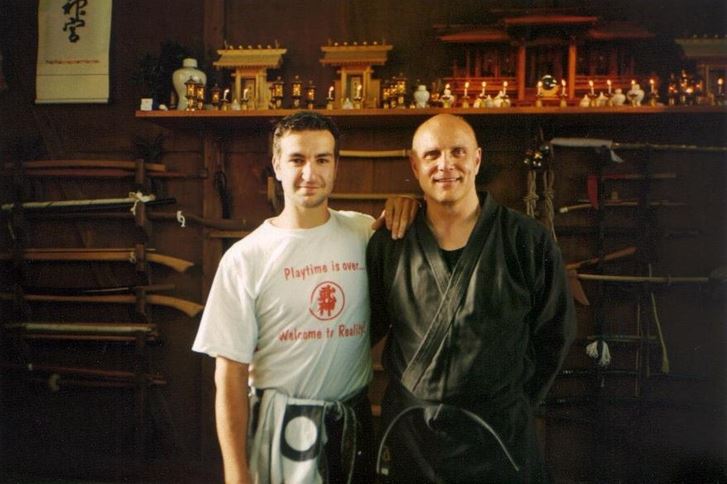 Well, not so much. Things just changed from Tiger to Dragon. And now we are at the year of the Tiger and people still ride along with the Dragon. We are still doing the same mistakes as earlier. We are very good at referring to what sensei saying, either this through blogs or teaching. What I mean is that we are kind of using sensei as a quality-mark to hide behind, instead of taking responsibility for our own thoughts and actions. Eventually we all need to grow up and take that responsibility, because sensei is not going to be around anymore. I think that even when sensei is gone some people are going to use his name to justify their actions and teachings.

Maybe I am a natural skeptic. I really don’t like when things become fanatic, either it is a martial art, religion or something else. I read and hear people say that there is no need to learn from anything than Bujinkan? Really? It is not my intention to judge or say what is right and wrong. I only want to point out that it is ok whatever path you choose to follow, but be responsible for your actions and remember that not everyone fits in to that.

Seldom does sensei teach us that things are certain, more often he opens up for personal interpretations of words or movements. So from here it is up to us to create in our minds (Dragon) and then execute (Tiger) the things that we learned. And remember, sensei did not teach you that, you created it, so therefore you also need to be responsible for it.

Same thing goes for the blogging and putting out things on internet. So if you read a quote of what sensei said, remember that this is the writer’s explanation and understanding of it. Sometimes I wonder how foreign people living in Japan understand things better than the Japanese themselves…. Finally I just want to say; I do not have all the answers and I do not know better than anybody else. The point is that Bujinkan gives us freedom to live and create within the art, but with this freedom comes responsibility. I am not pointing out any individuals, just quoting a fact. This might be something that makes some people disappointed or even angry, and that is ok also.

There is an expression that goes;
“If you talk the talk, you should walk the walk”.